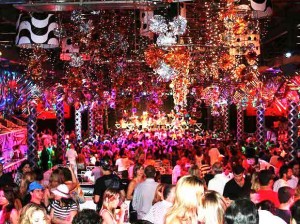 Themed Costume Balls are deeply engrained in Carnival tradition. Your Rio Carnival experience is not complete without experiencing one of Costume Balls thrown throughout Rio de Janeiro. Though there is no better way to party at a Carnival Ball than by doing so in costume, dressing up is not mandatory for most balls. There are Carnival Balls for all styles, interests and budgets: from the elegant Copacabana Magic Ball, Gay Scala Ball, the Mangueira Ball, the City Ball, the Beer Ball, and the Cordão do Bola Preta Ball. Read more about the Carnival Balls to find the one’s that are best for you!

Attending a Rio Carnival Ball won’t be just another party or night on the town. These events are historic traditions that are engrained in the heart and soul of Rio Carnival. The venues are decked out to suit the theme of the night. The people come prepared to party and enjoy the evening. The costumes are lively and entertaining and the atmosphere is supercharged and electric. Traditionally, Rio Carnival Balls feature live music comprised of two alternating bands and a live vocalist. At the more upscale Carnival Balls, a Red Carpet drapes the grounds leading to the entrance of the venues. At the Scala Gay Ball, the Red Carpet is appropriately replaced by a Pink one. 2021 Rio Carnival Ball Tickets are now on sale, and like Sambadrome Tickets, are among the most popular events of Rio Carnival — especially the notorious Copacabana Magic Ball and the Scala Ball Series.

You’ll find that any Carnival expert would recommend allocating some of your budget to Carnival Ball Tickets, and you don’t have to spend a fortune to have the time of your life! There are two types of tickets available for the Carnival Balls: VIP Tickets and General Admissions. General Admissions Tickets are the more economic of ticket options, and provide entry into the venue and access to the ballrooms and dance floors. While both types of tickets will get you into the ballrooms so you can show off your moves, VIP Box Tickets come with a private table and dinner and drinks for two. VIP ticket holders will receive a wrist band with access to the mezzanine where the buffet and the open bar are located. You can buy individual VIP tickets, or book a table for up to four attendees. Don’t miss an experience of a lifetime: purchase your Rio Carnival Ball Tickets through RioCarnival.net!

The origins of the illustrious Rio Carnival Balls are traced back to the early Masquerade Balls of Paris in the late 14th century, with Charles VI of France throwing a the first recorded costumed ball in celebration of his lady-in-waiting on January 28, 1393. Costume Balls spread to Italy during the Renaissance in the 1500s, where ostentatious dances catered to the elite classes of Venice. Carnival Balls gained popularity again in Europe in the 17th century, and quickly traveled with explorers to the New World.

The first known masked ball held during Carnival in Rio was on January 22nd, 1840, when a lady name Clara Delmastro, wife of the Italian Ambassador, threw a Venetian-style ball at the Hotel Italia. The entrance price was two thousand reis, and included dinner and entertainment for its approximately 1,000 guests. The immediate popularity of Rio Carnival Balls sparked a wave of balls thrown throughout the New World, and soon became a staple of Carnival tradition the world over.

By 1870, entertainment venues in Rio de Janeiro started hosting the Carnival Balls, making them more accessible to the regular people. Yet there were still parts of the ballrooms that were sectioned off and designated only for the wealthy. Soon thereafter, popular clubs, hotels, families, and other Rio establishments began hosting Carnival Balls.

Shortly after opening its doors in 1924, the luxurious Copacabana Palace hotel launched the inaugural Magic Ball. This event was attended annually by world-famous celebrities, politicians, businesspeople and socialites. In 1993, when the Orient-Express Group acquired the Copacabana Palace Hotel they re-vamped and re-launched the Magic Ball, making it the upscale and illustrious event it is today. The Magic Ball remains the most exclusive event of Rio Carnival, reminiscent of the golden age of early Renaissance costume balls. Become a part of Rio Carnival history and book your Copacabana Magic Ball Tickets today!

In 1932, the Municipal Theater hosted Rio de Janeiro’s Official City Gala Ball, with over 4,000 people in attendance, including the then President Getúlio Vargas of Brazil. The Official City Gala Ball ran annually at the Municipal Theater until 1975, when authorities concluded that the pulsating music and thumping beats was damaging the internal structure of the historic site. The Ball changed venues and ran for sixteen more years, but was forced to close in 1991.

In the 70s and 80s, Rio Carnival Balls started popping up all over the city at places such as the Clube Sírio e Libanês, Iate Clube, Monte Líbano and Canecão. Brazilian Music Producer Guilherme Araújo started promoting luxury Carnival Balls at the Sugarloaf, and businessman Ricardo Amaral, coined the “King of the Carioca Nightlife”, is credited with introducing the Carnival trend of feijoada-chic with T-shirts serving as the invitation to Carnival Balls.

For years, the Rio Scala nightclub has been the main organizer of Carnival Balls, hosting a series of themed Balls each night of the Rio Carnival the season. In 2011 the Scala nightclub moved to its new address downtown. The club promotes a Scala Ball for all everyone! Search our easy-to-navigate Rio Carnival website and become a part of the Carnival action by securing your 2021 Rio Scala Ball tickets on RioCarnival.net!